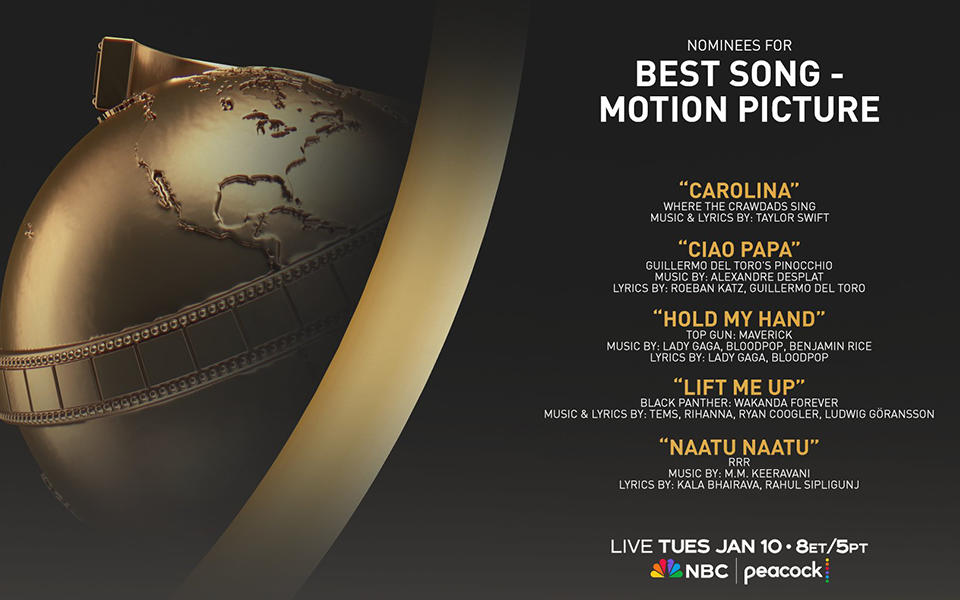 Posted at 21:11h in Benjamin Rice, News by mattr

Ben was nominated for Best Song – Motion Picture, alongside Lady Gaga and Bloodpop for their work on “Hold My Hand” from Top Gun: Maverick.

The film was also nominated for Best Motion Picture Drama and was the highest grossing film of 2022! This is Lady Gaga’s 6th Golden Globe nomination and the first for Benjamin Rice!