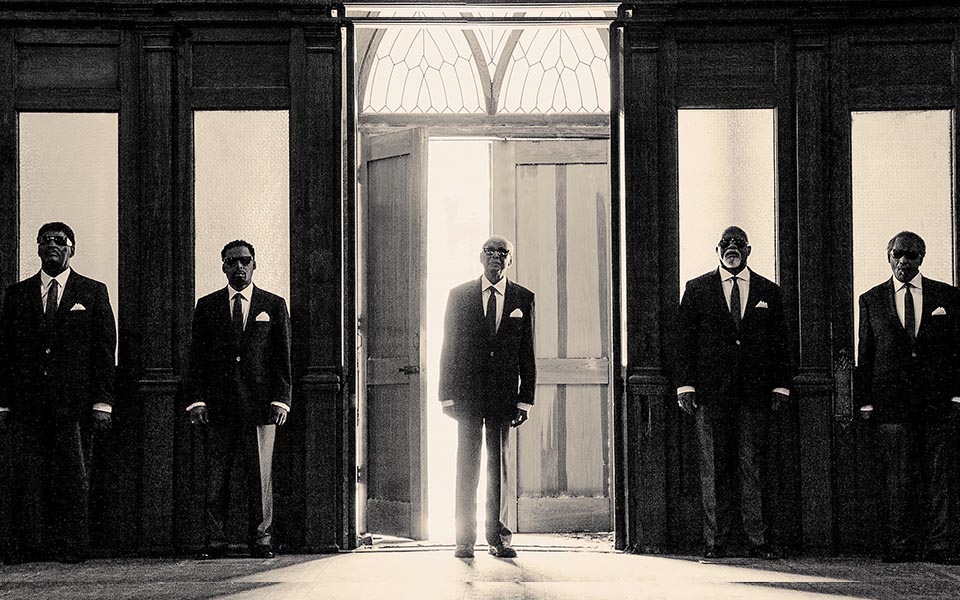 Posted at 14:46h in News, Vance Powell by mattr

The Blind Boys of Alabama release?Almost Home?(Single Lock). The title track “Almost Home”, as well as “Pray for Peace” and “Singing Brings Us Closer” were produced and mixed by GPS client?Vance Powell.

“Words like ?veteran,? ?legendary and ?influential? don?t go far enough in describing the over 60-year career the Blind Boys of Alabama have fashioned. Smart marketing, beautifully produced albums and contributions of high profile artists from Peter Gabriel and Ben Harper (both of whom they toured with) to Taj Mahal, blues harpist Charlie Musselwhite and Justin Vernon a.k.a. Bon Iver (who produced the Blind Boys? 2013 collection) have helped the long-standing vocal group appeal to a new, that is to say, younger generation like no other act of their age or genre.” –American Songwriter.

The album includes new compositions by Americana songsmiths like Ruthie Foster, Cris Jacobs, and Valerie June, as well as some cover tunes by artists like Bob Dylan and Billy Joe Shaver. Listen to the album below: