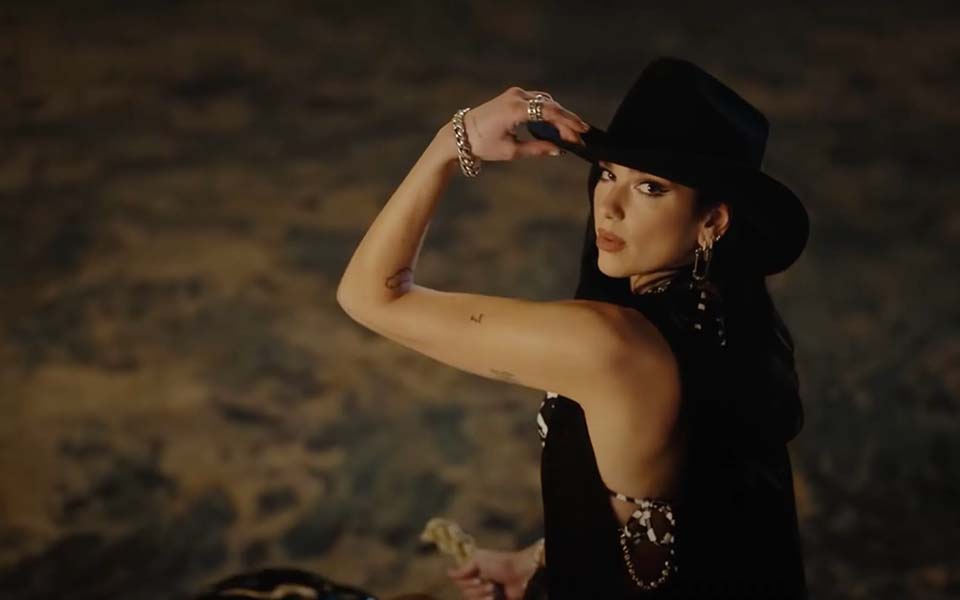 “In the new visuals for her song “Love Again,” the singer takes on a Western vibe with a modern twist as she rides a mechanical bull, square-dances with a stylish crew, and wears a cowgirl hat like it’s her job. The video also has some surreal elements, as cowboys ride invisible animals and try to lasso a giant floating egg.” – Harpers Bazaar

Watch the new video below: