“Listen Up!: Recording Music with Bob Dylan, Neil Young, U2, the Tragically Hip, Rem, Iggy Pop, Red Hot Chili Peppers, Tom Waits…” is the new book by record producer, engineer and mixer Mark Howard.?The book was launched at the New Orleans Jazzfest and sold out in less than an hour, and was a #1 bestseller on Amazon.

The non-fiction book is an essential read for anyone interested in music and its making. Along with the inside stories, each chapter gives recording and producing information and tips with expert understanding of the equipment used in making the world’s most unforgettable records and explanations of the methods used to get the very best sound. Writing with his brother Chris Howard, Mark Howard provides a rare glimpse into the normally invisible, almost secretive side of the music story: that of the producer and recording engineer.

Mark will be doing a Grammy Museum book signing and photo exhibit on July 10. The book is scheduled to come out?in the UK and Australia June 14, with plans for a later release in Spain. 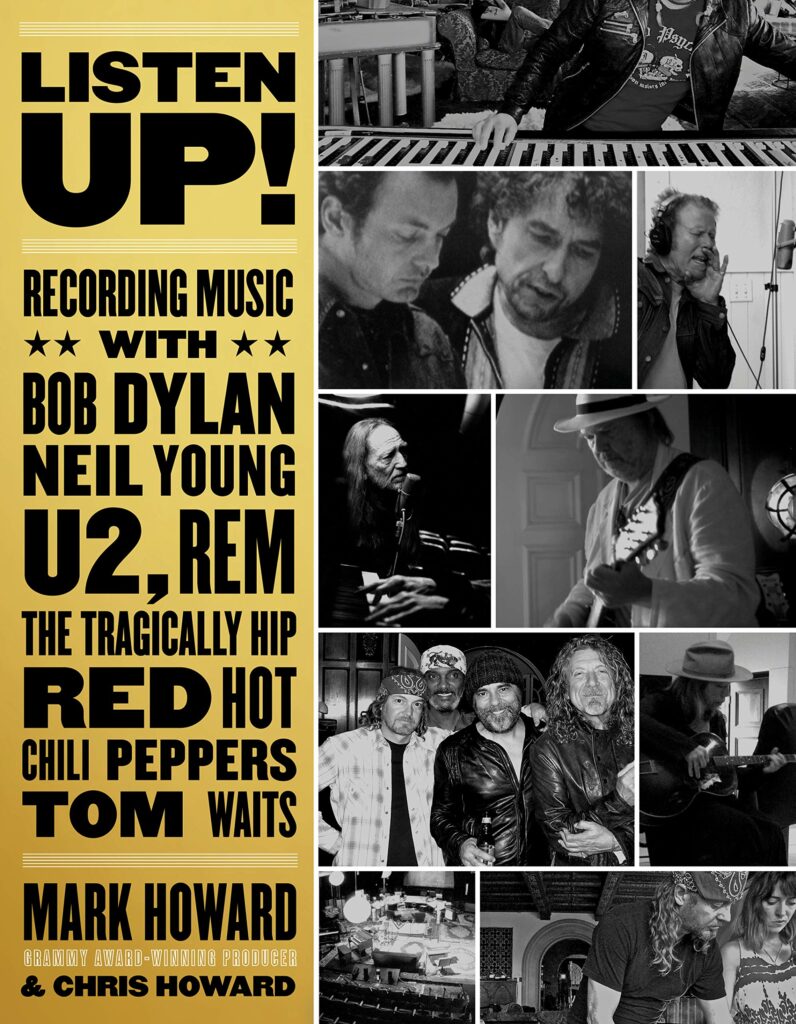