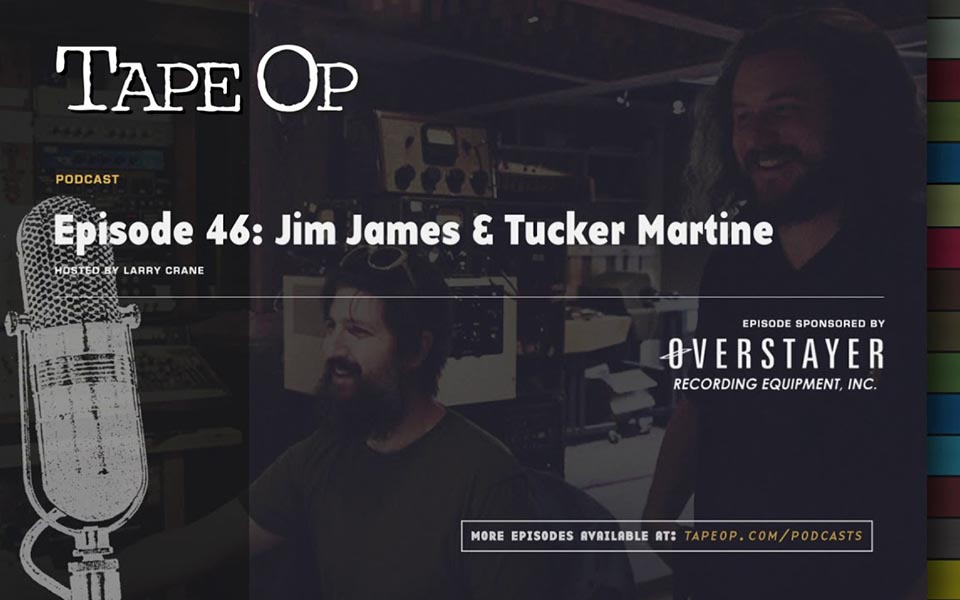 Posted at 15:35h in News, Tucker Martine by mattr

Tape Op Magazine caught up with GPS client Tucker Martine?and My Morning Jacket’s Jim James to discuss the making of their new album?The Waterfall II?(ATO Records), which was produced, engineered and mixed by Martine. From the official podcast blurb:

“After working on My Morning Jacket’s Circuital and Jim James’ Regions of Light and Sound of God, Tucker Martine once again joined the band to helm sessions that would become 2005’s The Waterfall and 2020’s The Waterfall II. Geoff Stanfield caught up with Jim and Tucker on a pandemic appropriate three-way call from Seattle, Louisville and Portland to talk about their history, the influence of a location and the recording of this epic collection of songs. Enjoy!”