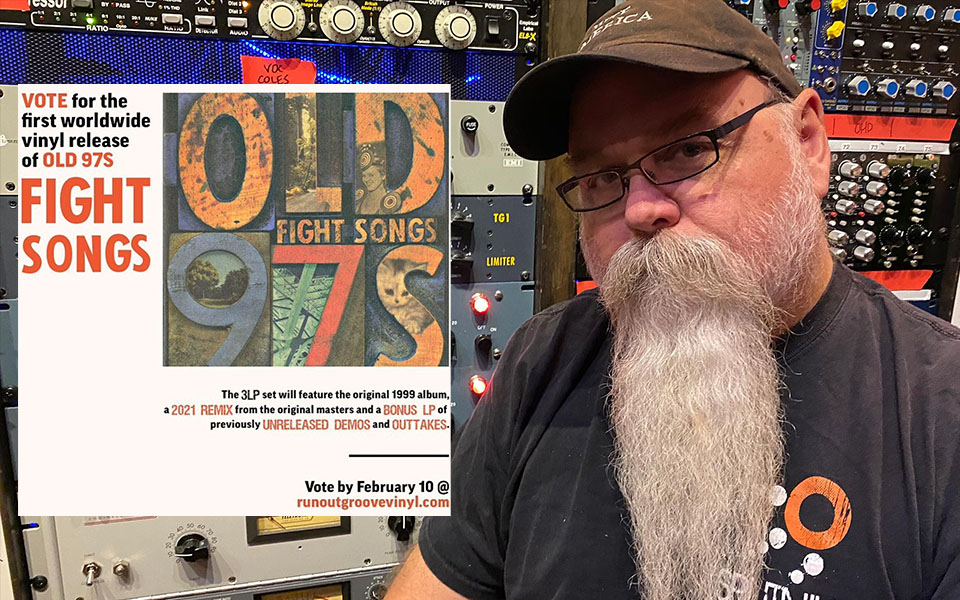 Posted at 17:01h in News, Vance Powell by mattr

Vote before February 10th and have Old 97’s album “Fight Songs” originally released in 1999 – together with an additional 2 LPs worth of previously unreleased recordings – released on vinyl through Rhino Records and Run Out Groove. ?Run Out Groove presses only high quality and limited edition numbered vinyls from the most unique artists of the last five decades.

Listen and vote below: