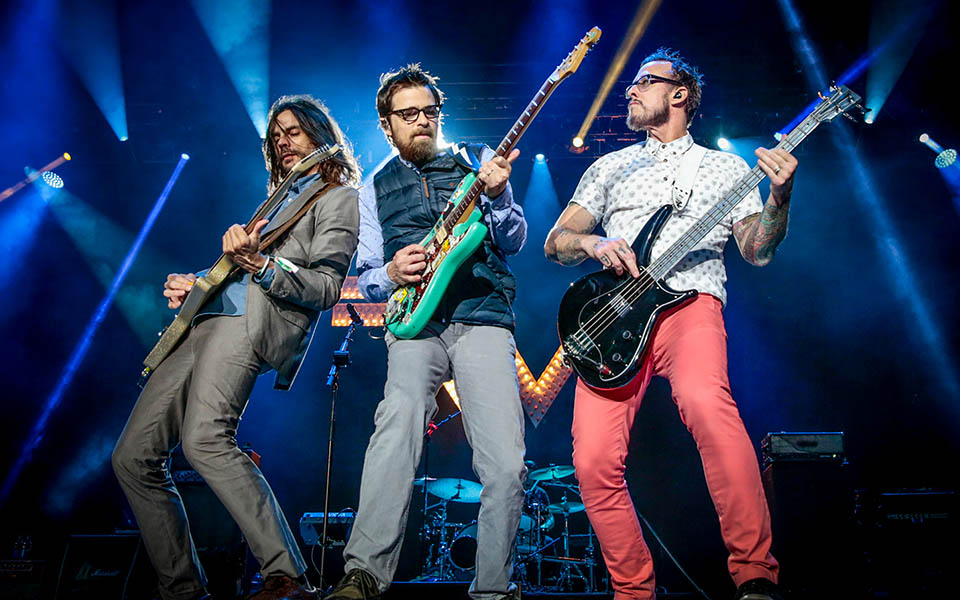 Weezer has released the first single off their upcoming The Black Album, which will drop next year via Crush Music/Atlantic Records. The single ?Can?t Knock The Hustle? was produced by GPS client Dave Sitek and is currently Alternative Radio?s most added song. Its music video stars Fall Out Boy?s Pete Wentz as an Uber driver. Check out the single below and visit the official website for more.